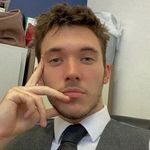 Video production is in a class by itself, employing a wide variety of technical, creative and design techniques to tell a short story, usually for the purposes of marketing a product, idea, company or concept. Here’s how this medium stacks up against other similar video styles:

What sets video production apart from videography is the planning or direction of the story. With video production, every detail from the creative concept to the execution is usually meticulously spelled out, sometimes with detailed scripts, storyboards and scenes. When it come to videography, capturing video of an interviewee or event is more spontaneous and usually controlled primarily by the person behind the camera.

Video editing (aka Post-production) is technically a part of the broader video production process. This task is performed by a technician at a computer after the images are recorded, while video production is the overall process carried out by a crew of experts who collaborate to capture, process and edit images for the finished video.

Creating high-quality video content for your brand is not always as simple as pointing a camera and pressing record. As true with most things: good planning is essential. That’s why video production companies stick to three main stages when producing a video, helping make the process simple and efficient.

The three stages of production include:

In order to understand what each three stages entail, let’s take a look at our video production process.

As mentioned before, pre-production is where everything is planned. This is the process in which as a business owner/marketer you’ll be most involved in. This is necessary to make sure we understand exactly what you want from the video(s). This will increase the value of your video for your business and reduce any amendments.

Once we know exactly what you’re looking for, we’ll put together a brief. This is a document that includes an overview of the video content you want created and what it needs to achieve.

Included in the brief is:

We’ll have a Zoom call or face to face meeting to discuss the project in more detail and if possible, explore the environment before filming will take place.

We also recommend checking with your marketing/sales staff to run through the pre-production plan, making sure they’re happy with everything covered in the video. (Be careful to not have ‘too many cooks in the kitchen’ though.)

Once you’re happy with everything, we can move forward with production!

All of the planning is complete, we have a great understanding of exactly what the video aims to achieve, and we know exactly what we need to capture. Now we start filming!

We’ll arrive on location ready to film on the dates and times as agreed in pre-production.

We come with all the equipment needed for the shoot. Ensuring we have everything required to capture the shots discussed previously.

While we do stick to a schedule, we ensure we have time for flexibility as many things can change such as bad weather, people no longer available for filming etc.

There may also be things we see on-site that weren’t discussed in pre-production that we think would be beneficial to film.

Now everything has been captured, it’s up to the editors to start piecing the footage together and bring your video(s) to life!

The on-location production team will go through the footage with editors: going through the brief, scripts, and any relevant documents. The editing team are then ready to do their magic.

We’ll send through a link so you can review the first draft and make any comments. We will carry out any required adjustments and work at making the video look and sound great. Ensuring it’s ready to achieve its end objective.

We’ll send through the second draft, if you have any adjustments we’ll work to get those done. Otherwise, your video is ready to go!

There you have it:

Now you have a detailed knowledge of the video production at each stage. Hopefully highlighting that while it can be a hefty process, it’s a smooth and simple one too. The next stage is distribution, but that's plain simple so we won't get into it.

If you want to learn more or in need of a video production company, reach out to us, we will help you as much as we can.

Are you looking for a
Video Production Agency?
Yes please!
Related Articles

More articles curated for you

What is Corporate Video?

Thank you! Your submission has been received! We'll get back to you later today.
Oops! Something went wrong. Make sure you're connected to the internet and try again.

The only video production agency
you will ever need.